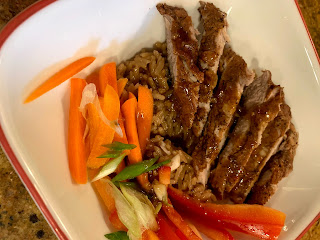 Last year, I wanted a dehydrator. (Because, like, I’d made homemade fruit rollups twice so I thought this was something I’d use with regularity if only I had it. It would also come in handy around October when I love to make dried apples.) This was something I felt I needed to have.

So for Christmas, my mother-in-law bought us a Ninja Foodi. If you’ve never seen one, it’s a ridiculously large R2D2-looking contraption that takes up much too much space on one’s counter to live there all the time, but is also too large to conveniently store away and get out every time you want to use it. But for all its inconvenient size, it serves several functions: pressure cooker, air fryer, slow-cooker, steamer, and "crisper."

What’s that, you say? It doesn’t dehydrate? No, it doesn’t. Some models, apparently, do, but not this one.

Anyway. We’ve had it almost a year and so far, the only thing I really like it for is its air fryer capabilities. I tried roasting a chicken in it. Even with the lauded crisping feature, it really only lightly crisps the very top skin. Not at all impressive when the oven crisps the entire bird. The pressure cooker macaroni and cheese I made in it using their recipe? Vile. Nobody ate more than a bite and it all went in the trashcan.

However, since it's here taking up space, I’ve been trying to find uses for it. I want it to be useful for something more than crisping up an occasional side dish of frozen fries (which the oven also does, albeit not quite as well.)

When I saw an actual pressure cooker recipe for this Tea-Infused Rice Bowl with Pork Tenderloin in the September My Food and Family magazine, I decided to run with it. And it felt sort of fall-ish to me. I don’t know why…maybe because of the tea? I don’t know. Something about it felt like it deserved a spot in this countdown. Since I'm the boss of the countdown, I approved it. 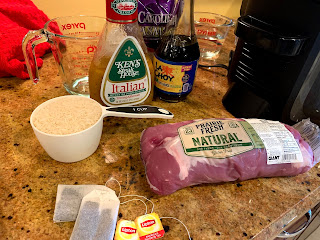 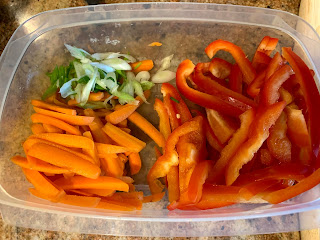 1.     Heat oil in pressure cooker on the SAUTE setting. Add meat; cook 5 minutes or until bottoms of meat are golden brown. Turn meat. 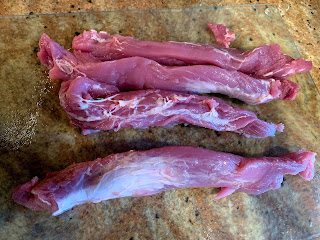 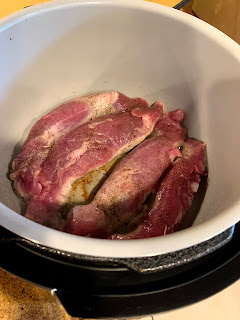 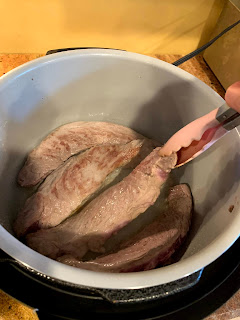 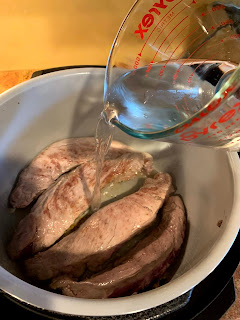 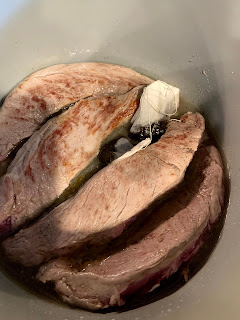 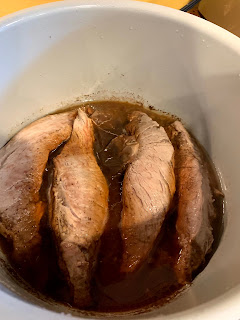 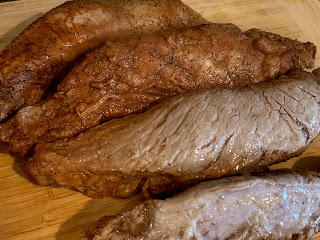 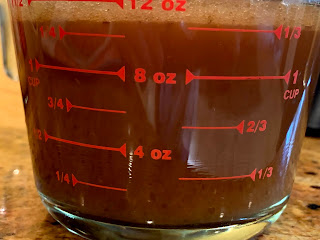 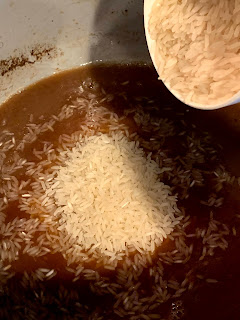 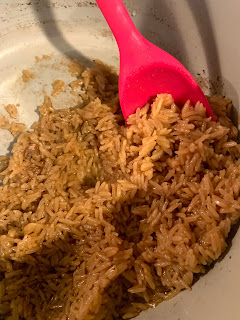 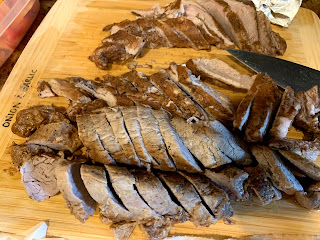 This process was pretty easy to follow because my machine had all the settings the recipe referenced. Thus, there was no real guesswork for me.

We thought this was tasty and the rice had a sort of sticky texture that was appealing with the tender pork and raw veggies. The tang from the dressing was just the zip it needed to finish it off.

Overall, I’d say this was the first pressure-cooked thing I made in the machine that was worth my time. (Still not sold on it being worth the counter space, but it’s a step in the right direction!) If you have a pressure cooker, I’d put this one on your list to try.

By the way, in case you were wondering, I DID end up buying myself a dehydrator with an influx of Kohls cash I had back in February or thereabouts.