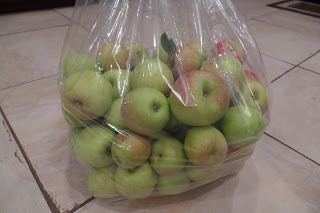 One of my favorite fall activities each year is the day we go apple and pumpkin picking.

This year, things have not worked out according to plan.

We've been trying to go apple picking for a week now, but, as I mentioned in a recent post, our favorite local orchard had a bad crop this year and didn't have apples for picking this season. I found a couple other options for us, but it rained all weekend so we didn't get out to do it. We were planning to go yesterday since the girls had off from school, but I wasn't feeling well so we had to postpone. Today we decided to go right after school, knowing it would be a bit of a time-crunch because the place is about 30 minutes away and they close at 5. But we figured we'd still have an hour of picking time and that would be enough. We didn't count on the excessive traffic, nor on the out traffic light less than a mile from the orchard that had us sitting in backed-up traffic for 15 minutes. We finally rolled in at 4:30, 55 minutes after leaving the school and only 30 minutes from closing time. YIKES.

That made it kind of a whirlwind trip for us, but we made it work. (Though, admittedly, we got fewer pictures than we usually do on these trips. There was more picking than posing. Boo.)

We started with a tractor ride to the orchard area itself. That left us 15 minutes to fill a giant bucket with golden delicious apples and some red apples whose name I can't recall but that, in any case, weren't very red (as you can see from the photo above). 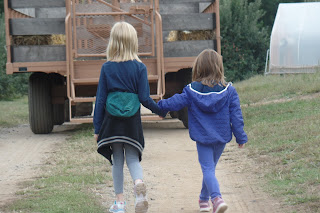 We got a good crop of larger apples this year which is nice because when I cook using apples, it ends up being less for me to peel and core. Score to laziness! haha. 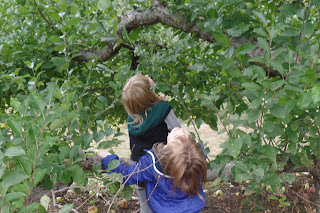 There were a TON of gnats flying e-v-e-r-y-w-h-e-r-e because it was so damp from the rainy weekend. That part was gross. Luckily the canopy of the trees themselves gave us some sanctuary from the pests. 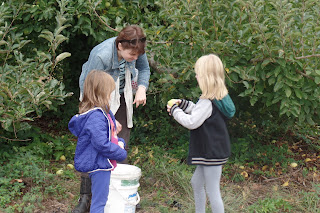 When we finished, the tractor took us back to the entrance area. We paid for our haul ($25 for our giant bucket--calculated based on weight) and then walked through something called Spider Web Alley, which was a little indoor maze with blow-up Halloween decorations inside. The girls enjoyed it and ended up running through a second time before we left. 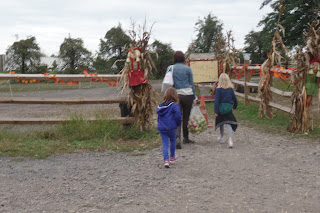 Though we will need to do our pumpkin picking another day (and this weekend looks like it might be a washout again because of Hurricane Matthew potentially moving up the coast) I'm happy to have the apples since at least two of the recipes I'd planned out for this week were apple-based. As you've seen, however, there hasn't been an apple recipe in the bunch yet, and that's because I was lacking the star ingredient!

But now that I've got them...let the apple recipes commence!
Posted by Natalie M at 8:35 PM