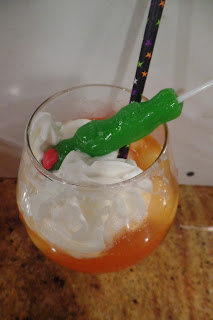 Tonight we're watching Hocus Pocus. I've never seen this movie, but I've read about how it is *the* Halloween movie to watch. We found a copy at Target for only $4 so we bought it. Hopefully it becomes a new seasonal fave.

We had "Witches Brew Soup" (which is broccoli soup...because, you know, it's green) with bread sticks for dinner. 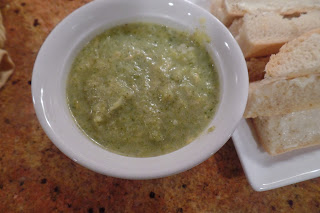 Well, except for my oldest daughter because she doesn't like the texture of broccoli soup. So I made her some fingers. 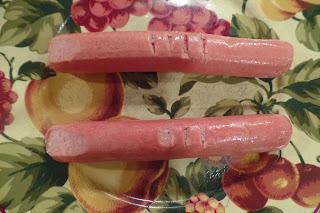 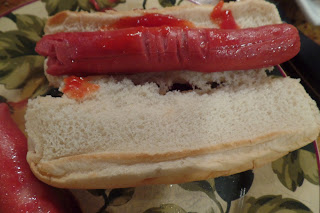 As festive as those things are, what my girls were most excited for was the candy corn punch I served.

They rarely get to drink soda, but I picked up bottle of orange Fanta a few weeks ago in anticipation of this movie night treat and they've been asking me daily, "When are we opening that soda???" Well, it's finally time!

It's a simple and straightforward recipe (which I found on Nellie Bellie's blog)--orange soda, orange juice-pineapple ice cubes, and whipped cream--but you do have to make the ice cubes in advance. I made mine a few days ago. 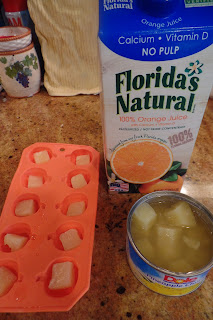 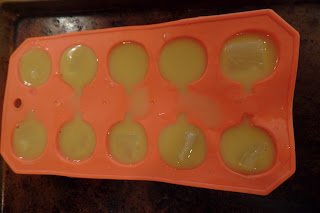 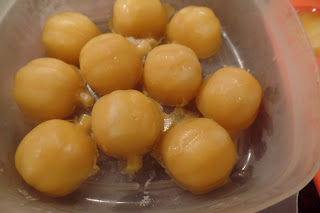 My older daughter asked if these were supposed to be eyeballs. I said, "Sure!"

When it's time to assemble the drink, place some cubes into a glass, pour in the orange soda, then squirt on a dollop of whipped cream. Voila! Candy corn punch! (My older daughter didn't want any parts of the whipped cream, not surprisingly, so I just left hers off.) 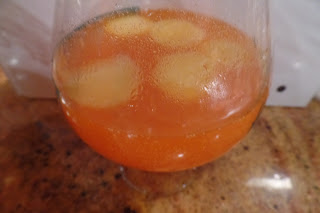 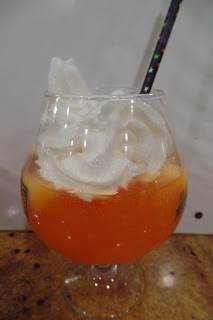 If you have any fancy witch finger lollipops, stick those in there, too!