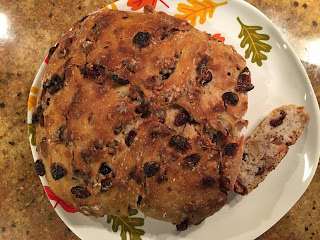 True confession: whenever I hear the word “bread” my brain mutters to itself, “If by Bread.” You know, like the song? See, when I was a kid I loved listening to music at bedtime (back when Magic 103 was still a channel) and that song—and others like it—got a fair amount of airtime. This was also back when vinyl records were only just going the way of the dodo because tapes were the “in” tech for listening to music, though CDs were about to have their moment.

Television commercials advertised musical compilations – Time Life alone put out a zillion of them. Typically, I’d enjoy the commercials and get familiar with the excerpts of “popular classics like …” and often feel tempted to buy one, but never actually do it since, you know, I was 11. But then there was this multi-album set with a bunch of 80s soft rock hits with which I became obsessed. It was called Mellow Gold. (Side note: I had to consult with my childhood BFF so we could pool our memories to ascertain the name. I felt pretty sure of the Gold part. It wasn’t until I mentioned the vague memory of a beach or a meadow on the album cover that my friend sent me the link for the video I shared. Meadow triggered her memory of Mellow and there you have it! Old friends are the best friends!) I recognized so many of the songs on it—things like One Less Bell To Answer by the Fifth Dimension and Time in a Bottle by Jim Croce—so, eventually, I saved my money and mail ordered that bad boy. As a record. Because I was just that cool. One of the songs on it was, of course, “If” by Bread.

Anyway, I digress. This post was not supposed to be about the song “If” (by Bread). It’s actually just about plain old bread. If “plain old” means “full of cranberries and walnuts.”

So let’s actually get to that, shall we?

I don’t tend to bake bread very often, unless we’re talking the cake kind like banana bread. But when I saw my favorite baking blogger, Sally at Sally’s Baking Addiction, post her recipe for a no-knead crusty cranberry nut bread last November, I decided to try making it.

Guess what? It wasn’t at all difficult. I had a rare glimpse into those hard-core bread lovers. Every time I went to the kitchen I’d slice off a sliver and gobble it up. So satisfying. I didn’t make it again until this past week because I didn’t want to pretty much singlehandedly consume an entire loaf of bread.

But the other day I was jonesing for it and I decided this was just the type of recipe that would be great to share during this month of blogs. There’s something distinctly fall-ish to me about cranberries and walnuts. Don’t you agree?

There's good news and bad news when it comes to this bread. The good news is that it doesn't require any kneading. The bad news is that it does require rise time. 12-18 hours, to be precise. So you'll need to make the dough the day/night before you want to bake and eat it. (I made my dough after dinner and baked it the next day.) But--more good news here--waiting is the hardest thing about this process.

Because Sally's directions and tips are specific, this is one of those times I’m not going to type the directions in my own words. I followed her recipe exactly and the resulting product was great both times. Therefore, head straight to Sally’s post (linked above) for the how-to. But while you're here, I'll show you--in pictures-- how easy it all comes together.

Yes, I had to wait almost 24 hours from my "I could go for some of that bread" urge to eating my first slice. But it's one of those things that was worth the wait. I know you'll feel the same when you try it.

Notice I didn't say if (by bread).

**I have no affiliation or relationship with any of the brands mentioned or linked in this post. All opinions and experiences expressed herein are my own.**
Posted by Natalie M at 11:50 AM