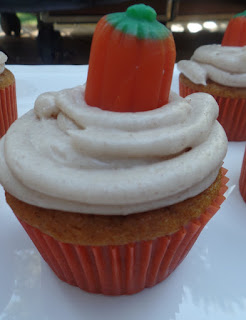 I can't believe that in all the years I've been doing this month of treats, I've never shared this award-winning recipe with you. (Seriously. I entered these into the department-wide Cupcake Wars contest we had at my former workplace and I won.)


It is, without question, my favorite pumpkin-based recipe. In fact, I'd even go so far as to say it's my favorite cupcake recipe. (Not cake, mind you, but cupcake.) Wow. That's heavy, especially considering my general feelings about pumpkin. 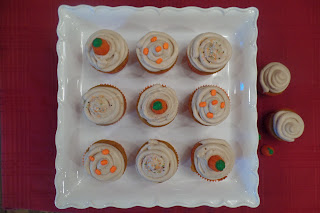 Anyway, I apologize for holding out on you for so long. You've been missing out and didn't even realize how much.

But that ends now.

This recipe comes from A Taste of Home and I found it eons ago in one of my Taste of Home Halloween issues. Conveniently, it's also available online.

For this particular cupcake, the original recipe called for "softened" butter and "softened" cream cheese, so I applied that principle (of softening to room temperature) to the eggs and buttermilk. All I did is set my butter, eggs, buttermilk, and cream cheese on the counter an hour before I needed them. Easy peasy. (I set them out and then went to the gym, in fact.) Usually I like to cube my butter, too, because I find it softens up even more quickly that way. I didn't this time because I wasn't in a hurry.
Before I left for the gym, I also took the time to place my cupcake liners in my pan and mix up my dry ingredients so I'd have fewer outstanding steps when I returned.
Once I returned from the gym, the cupcake batter came together quickly, and I scooped it into my cupcake pan to bake. After they finished cooking, they cooled on the counter and I prepared my frosting with the butter and cream cheese that had been sitting out for a few hours.

You have options when it comes to the frosting step. You could use a frosting knife and just pile it on there if you like. You can also pipe on your frosting using a piping tip and a pastry bag (or a makeshift pastry bag like I did-- take a heavy duty freezer bag, snip one corner, push your piping tip through the small opening, then add your icing to the bag.) You can do tiny dollops or a large swirl. It's really up to you. 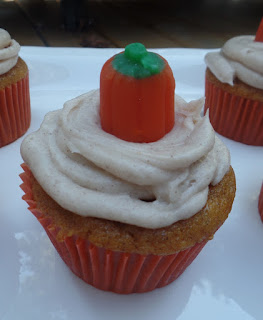 I piped on my frosting using a Wilton open tip (I believe it was 1A) and started on the outer edge and swirled inward. Then I did that a second time to get a taller mound of frosting. Next time, I'd use a different tip--maybe something with a star to add extra detail, but also something with a larger opening because I had to exert a fair amount of pressure to get that icing out of the bag . (The longer I worked, the easier it was to squeeze out because it softened up in my hands as I squeezed the bag.)

After that, I decorated some of my cupcakes. I used a combination of colored sugar sprinkles, small pumpkin candies, and larger mellowcreme pumpkins (the things sometimes sold with candy corns). Others I left plain. I wanted an array of options. 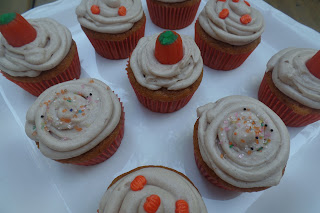 Then I packaged up half the total batch with the intention of sharing them at my gym and Starbucks. (Because everyone needs a mid-afternoon treat!) I delivered to the gym right away (they were excited to receive them & the director took my picture for their facebook page. LOL. Being famous for my baked goods is something I can live with!), and plan to bring the others with me later today when I hit Starbs.

Also? I sampled one. I had to. It. Was. Scrumptious! Moist and spicy inside with a luscious creamy topping (warm cinnamon and tangy cream cheese are a match made in heaven!) 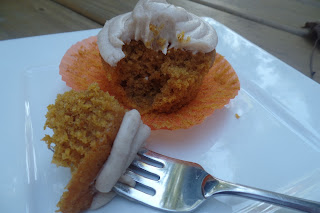 2. Whisk together flour, baking powder, baking soda, salt, and spices in a medium bowl. Set aside.

3. In a stand mixer with a paddle attachment, cream together butter and sugar until light and fluffy. Be sure to scrape sides and bottom. 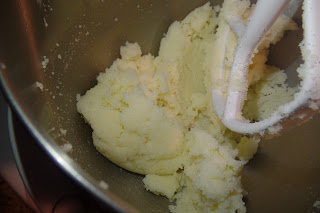 4. Add eggs, one at a time, mixing after each addition. 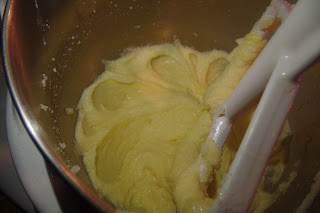 5. Add canned pumpkin and mix until combined. (Don't be alarmed if your mixture looks a little curdled. That's normal and the batter will come together after you add the dry ingredients in the next step.) 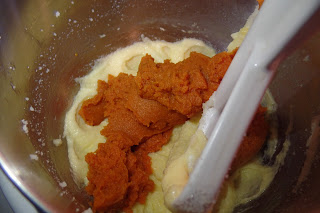 6. Switching the mixer on and off, alternate between adding dry ingredients (about a heaping half cup at a time) and buttermilk (about 1/4 cup at a time). Mix after each addition. Scrape sides occasionally to make sure everything is incorporated and there are no sugar globs hiding in your batter. 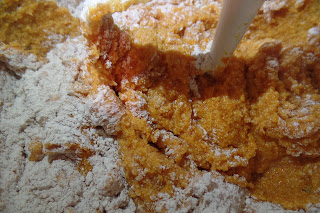 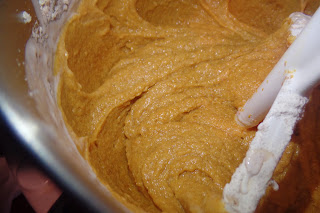 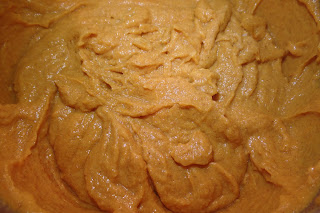 7. Once batter is combined, fill cupcake liners 2/3-3/4 full. I used my large OXO scoop and it was a full scoop of batter. 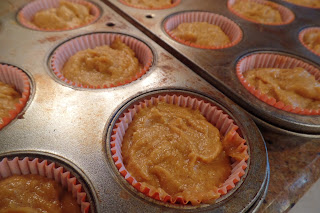 8. Bake at 350 degrees for 20-25 minutes, or until a toothpick inserted near the center of cupcakes comes out clean OR until the center of the cupcake bounces back when pressed lightly. (Mine took 27 minutes.) Be sure to rotate pans at least once during cooking. 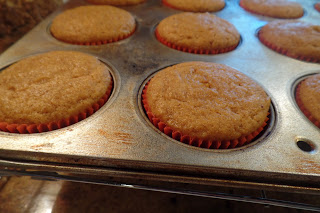 9. Let cool in the pan for 10 minutes before removing to wire rack to cool completely before frosting.

10. Make icing by beating butter and cream cheese in a stand mixer until light and fluffy. 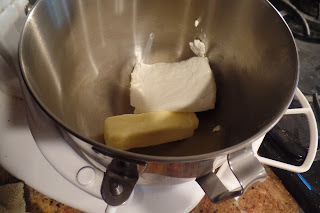 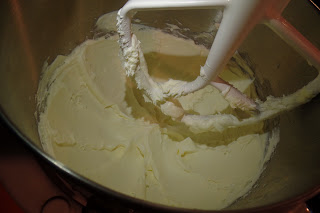 11. Add powdered sugar 1 cup at a time, mixing well after each addition. 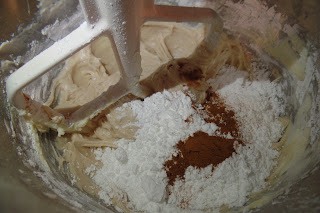 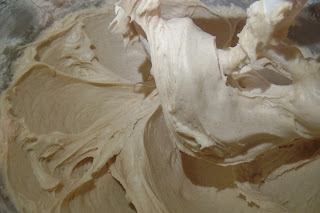 12. Add cinnamon and vanilla and beat until light and fluffy. **Frost cupcakes only when they're entirely cool. If you do it too soon, the icing with melt and you do NOT want that!** 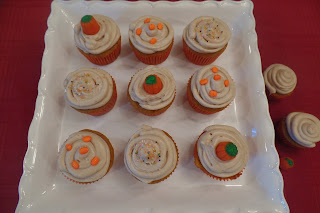 13. Store leftovers (if there are any!) in the fridge.

Now that you can see what you've been missing all these years, you won't want to wait another minute to discover for yourself just how deserving of the Cupcake Wars win these babies are. They truly are THE BEST. 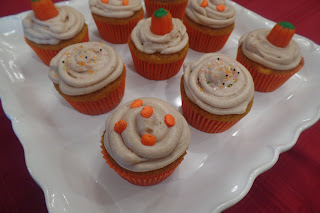