Married at First Sight is back! The Matchmaking Special kicked off the series’ latest season with its trio of experts moseying into town wearing their best plaid button-downs and cowboy boots (whilst a rando entourage rode horses behind them) which can only mean one thing: Season 7 is in Dallas, y’all!

Don’t sweat in your 10-gallon hat, though, if your own spurs aren’t handy. No matter where the “experiment” takes place, you can rest assured Reverend Cal will remind viewers every six seconds how these marriages are “legally binding;” Dr. Jessica will gaze intensely at everyone while ominously warning “the only way out is divorce;” and Dr. Pepper will giggle awkwardly, no doubt thinking back to the time when she was picking through participants’ underwear drawers and fondling frozen ducks in their freezers. (More on this soon.)

I wasted spent time watching Tuesday night’s “Matchmaking Special” (which aired immediately preceding Episode 1) in hopes of gaining some additional insight into participants, and despite TLC ruining the big reveal of the matched couples with their repeated commercial promos of Episode 1 footage showing the damned chosen ones togetherat the altar! (Thanks, TLC!)

Basically, it boiled down to this: thousands of people looking for love/happily-ever-after/that special someone to share a life with applied to be matched to a stranger. One of the questions on the thorough questionnaire asked applicants what type and style hair they preferred in a possible mate. This is the stuff of lasting love. (FYI: Tristan likes curly hair at least 6” long.)

The thousands were whittled down to 200 (I’m assuming 100 of each gender, though they didn’t specify) who participated in some “workshops.” (They didn’t show the workshops, so I’m left to imagine they consisted of the worst bits of mandatory company team-building caca combined with the terrors of a camp Trust Circle.)

The 50 individuals who survived were passed to the Personal Interview stage, wherein they agreed to be taped answering hard-hitting questions like “how important is sex in a relationship?” and “what are your relationship deal-breakers?”

Then Dr. Pepper conducted her home visitations, touring 15 unlucky candidates’ living spaces and overstepping proper bounds of decorum. She claimed that as a sociologist she likes to know as much as there is to know about the people she’s matching. Which, as I indicated earlier in the post, includes rifling through underwear drawers (and holding up women’s thongs for all the world to see since, as viewers, we *also* apparently get to know as much as possible about the people being matched) and giving people the third degree over the contents of their refrigerators (though, frankly, if I’m being honest, I’d like to know what the actual fuck was up with the ducks—plural-- in Bobby’s freezer. Dr. Pepper interrogated Mia more vigorously about her underwear accessories than she did the whole, unbagged, still-feathered frozen fowl. Just…why? Did he hunt those? Why weren’t they wrapped? What would Gordon Ramsay have to say about the cross-contamination of ducks next to Eggos? I’m just kidding. We know what he’d say: “YOU’RE GOING TO KILL SOMEBODY!”)

After that, the so-called experts sat down to discuss their findings. Who made the best matches and why? Of those matches, did they see any red flags?

They discussed 5 sets of potential matches. (I’m posting photos of my tv screen so you can see the head shots as I discuss people.)

The experts liked Bobby and Danielle together. After all, she wants a southern gentleman and he is one of those (just ask that duck!), they both love dogs, they both come from families with long-married parents, they’re both even-keeled. (One thing they fail to discuss is how the couple pretty much look like a store-brand Ivanka and Jared. YIKES.) Oh, but uh oh. Bobby, 27, was pretty firm in his deal-breaker stance of wanting a younger woman and Danielle is a haggard old bag of 30. (Don’t scoff, cowpokes. As Dr. Jessica points out, a 3 year age difference in your twenties can be pretty big and the experts need to respect his deal-breaker.) So, naturally, they called him to find out if it’s ok. (WTF?????) He sounded put-off at first and explained how he doesn’t want someone’s biological clock ticking pressuring him into having a family right off since he’s only 27 and not there yet. They assured him Danielle wants several couple-only years before kids, so he generously gives the green-light. Whew. Marriage saved. 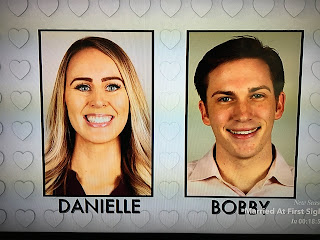 Next up are Christina and Chase. They’re both nice, bright, artistic, and want families. On the other hand, Christina prefers stockier non-smokers and Chase is a waifish smoker. They didn’t bother calling her to double-check on that deal-breaker, though. They get the ax. 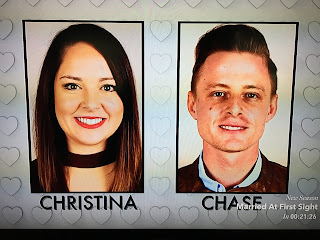 Tristan and Mia are gregarious Bible-lovers. Rev. Cal finds Tristan shallow, though, because he prefers someone who isn’t darker-skinned than he is, someone to “melt [his] butter.” (Say wha?) But Dr. Pepper talks about how warm, funny, open, and humble he was at the home visit. (She doesn’t mention how he looks like JayZ, but it’s all I can think of.) Then the experts discuss how Mia may be a needy people-pleaser. Apparently this is a good thing, and just like that, they’re engaged. 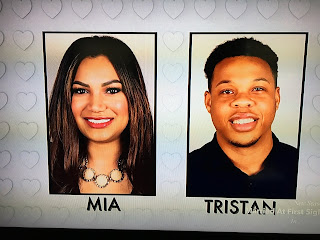 Devon and Richard are the nice couple who would like the way each other looks. But the experts decide Richard, satisfied with his current lifestyle, may not be enough of a “go-getter” for Devon. (Plus, you know, they already have a non-white couple selected, so there’s that.) 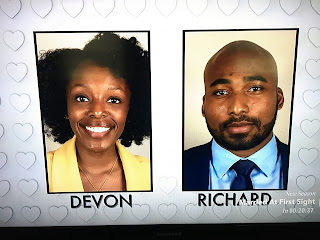 Amber and Dave are the career-driven, mature, “older” couple (36 and 37 respectively) who each need a sexually-alive partner. Dr. Jessica talks about how “fiercely independent” Amber is and worries she may be hiding some insecurities. But Dr. Pepper thinks Amber might be able to believe and trust in Dave as a type of protector. They’re gettin’ hitched, people. 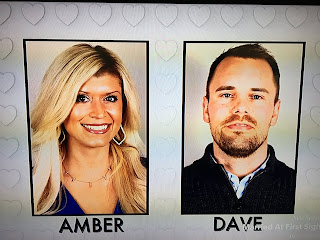 I wonder if anyone tells the couples who aren’t selected that they might be a good fit. Maybe they could meet up off-air and go on a date and try things in a less intense fashion than, you know, meeting at the altar. Just a thought. Hopefully, at the least, they watch the casting special and maybe get their google-ever-after.

Anyway, the episode ends with the chosen ones finding out they’re getting married in two weeks. Some of them are thrilled; a few seem like they might be having second thoughts. Understandable, though, because you know what they say: it’s all fun and games until you find out you’re marrying a stranger in a fortnight.

Giddy up, folks. It’s gonna be a helluva ride!
Posted by Natalie M at 5:05 PM